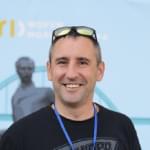 From 15 to 20 October, the Public Union "International Anti-Drug Association", the Dnipropetrovsk Regional Public Organization "Dnipropetrovsk Center for Healthy Youth" and the public organization "MAKE DNEPR HEALTHY" held the "International Anti-Drug Congress" Dnipro 2020 "under the slogan" INSERT LIFE WITHOUT DRUGS IN FASHION! !! ". This project is being implemented within the framework of the "Program for the development of local self-government and coverage of the activities of the Dnieper City Council, its executive bodies and utilities for 2017 - 2020" with the support of the Dnieper City Council.

The purpose of the congress is to establish active international cooperation between civil society institutions, local governments and local government bodies, the media for the exchange of experience i dissemination of best practices in the field of drug addiction prevention and the formation of a healthy lifestyle, presentation and discussion of the possibility of association of the city of Dnipro with the ECAD (European Cities Against Drugs) - European cities are drug free. As well as improving the image of the city of Dnipro as a modern and influencing city in Ukraine and the European community.

The Congress has been attended by more than 500 participants from the city of Dnipro, regions of Ukraine and abroad (online Georgia, Moldova, Kazakhstan, Azerbaijan, France, Sweden) from among young people undergoing psycho-social rehabilitation (250 people), as well as musicians and singers (about 50 people), athletes and public figures (about 60 people), government officials, volunteers, politicians and bloggers, doctors, psychologists and many others (about 150 people).

The training program "Civil-legal resocialization" together with public figures, lawyers (advocates), representatives of the Ministry of Internal Affairs, practical psychologists, youth workers and other specialists (75 people).

Workshop (ZUMINAR): "The modern city is the driving force of the state drug policy" (50 people, online). Based on the results of the presentation and discussion of the possibility of association of the city of Dnipro with the ECAD (European Cities Against Drugs) - European cities free from drugs, the Public Council and the Dnieper City Council decided to join the city of the ECAD.

Dnipro will become the first city in Ukraine to become part of ECAD. Thus, the city will consolidate its flagship position in the fight against drug addiction and expand opportunities for cooperation with foreign partners. The main goal of the ECAD organization is the democratic development of drug-free cities and communities, the development and promotion of programs to combat drug trafficking. Now 250 cities in 20 European countries are ECAD members.